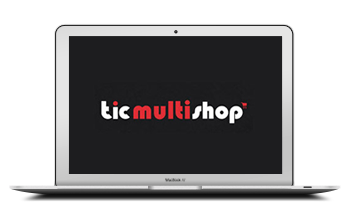 Ecommerce Platform / PHP / MySQL / CSS / XHTML
Developed in 2012 the platforms extends upon the Webshop Platform by allowing additional supplies to load stock into the platform whilst allowing multiple websites to sell the loaded products.

There is also control to what the satellite site can configure, such as restrictions on modifying the site design, creating pages and even restricting the adding of products.

can send newsletter to each satellite sites customer based (if they opt in for newsletter).

can view the status of all orders from both suppliers and satellite sites, ensuring there are no delays etc.

can send messages to satellite sites and suppliers.

Supports both PayPal and SagePay

creates the links between which satellite sites can stock the supplier products.

configure the satellite site along with feature permissions

can customise the satellite site design via basic/advance mode

The satellite control panel is configured via Multishop Manager, depending on the features enabled these could include the ability to add their own products to both the global and private categories, create/edit the content pages and customise the site design via the template system.

can send newsletter to own customers based.

can send messages to multishop manager.

can create banners on their homepage

can customise the satellite site design via basic/advance mode

once the multishop manager creates a link, the satellite site can then opt-out of stocking this suppliers products.

The supplier control panel allows them to load their products into the system along with setting up the postage rates and processing orders.

can send messages to multishop manager.

These screenshots show the various admin pages that the multishop manager uses to control the platform.

These screenshots show various sections of the supplier admin panel, where they can manage their products and process any orders.

These screenshots show the satellite sites admin panel, which they can manage the supplier products, there own products along with customising the website.

I created this platform whilst working for Tourist Information Centres Ltd, this platform created early 2012, in which a sister company was setup to cater just for the Multishop Platform, there were a soft launch in the middle of 2012, in which we launched with with only a couple of businesses to
a) see what the market was like
b) be able to offer full support to these clients
c) tweak the platform to cater for the real world needs.

The trial period were considered a success, with both national and international clients, in which we had the feature set that was required and a roadmap planned on new features to roll out. We were in talks with multiple other clients throughout 2012 with a aim of fully launching in 2013.

Just before the launch our managing director had health issues so we delayed the launch as at this point as the timetable was that he could return after 6-9 months. Unfortunately whilst he managed to beat the initial health concern he was never able to return to work. The TIC Multishop platform never fully launched and we wound the trial down in the middle of 2014.